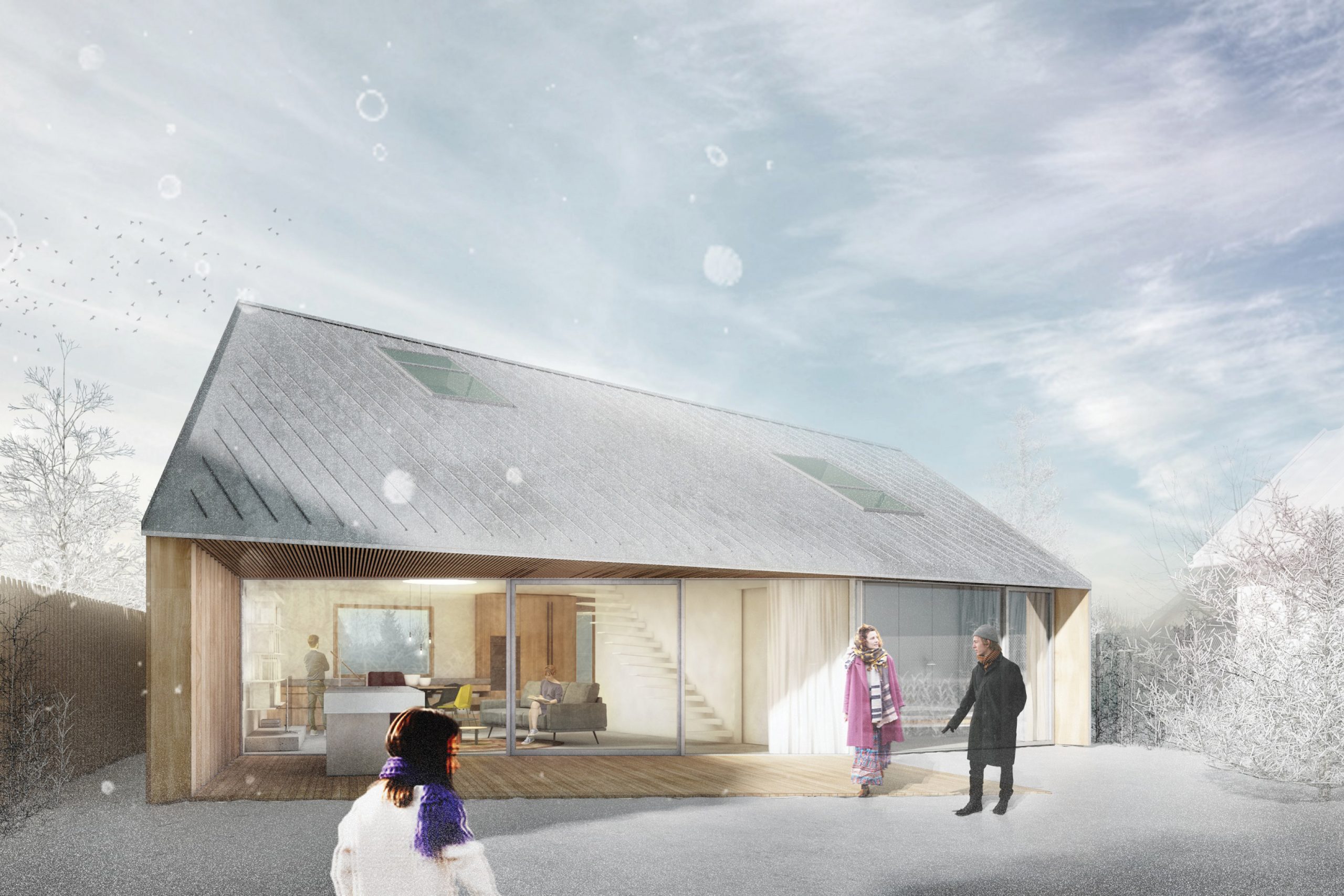 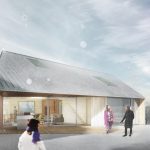 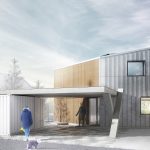 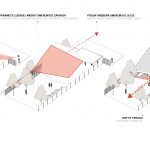 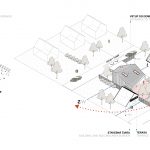 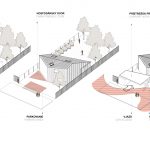 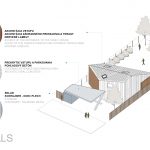 Proposed recreational cottage is situated on a flat terrain near Lake Nové Košariská I. in the village Rovinka (Western Slovakia). The surroundings forms an existing cottage area, which nowadays tranforms into a weekend house zone with the possibility of year-round use.

Our concept puts a strong emphasis on the optical suppression of the volume to meet investor demands. Typical local standard in dimension of a cottage is 6x9m. The proposed construction goes beyond this framework and seeks an optical game with volume according to a human scale. The whole concept is enhanced by the proposed green area near public communication as a assumption for the future stabilization of the surroundings. At the same time, it helps to create a pleasant proportion of a public space.

The mass of a proposed building works in two levels: street and garden. Each part requires different approach to achieve the optimal disposition and functionality of the weekend house. The shape is based on an existing cottage structure with a saddle roof that is oriented along the longitudinal axis of the plot. A 90 degree turn of the roof with the shifting of the ridge towards the street leads to a natural separation of a plot and adds more intimacy to the backyard. The concept of a weekend family house also counts with a shelter for cars including a small storage place, which are planned as part of the green area near the street.

A visual connection between an interior and an exterior is naturally outlined through a garden and cottage up to a streetline. The major part of a house is oriented to the garden what offers a nice view of the neighboring lake, especially from the 2nd floor. The material solution of this recreational architecture is complex in color and texture what also represents a required compactness of whole building. Natural aluminum is complemented by the wooden cladding, which reacts to the adjacent exterior surfaces as a terrace, entrance, etc. and together forms a vertical raster of a house facade