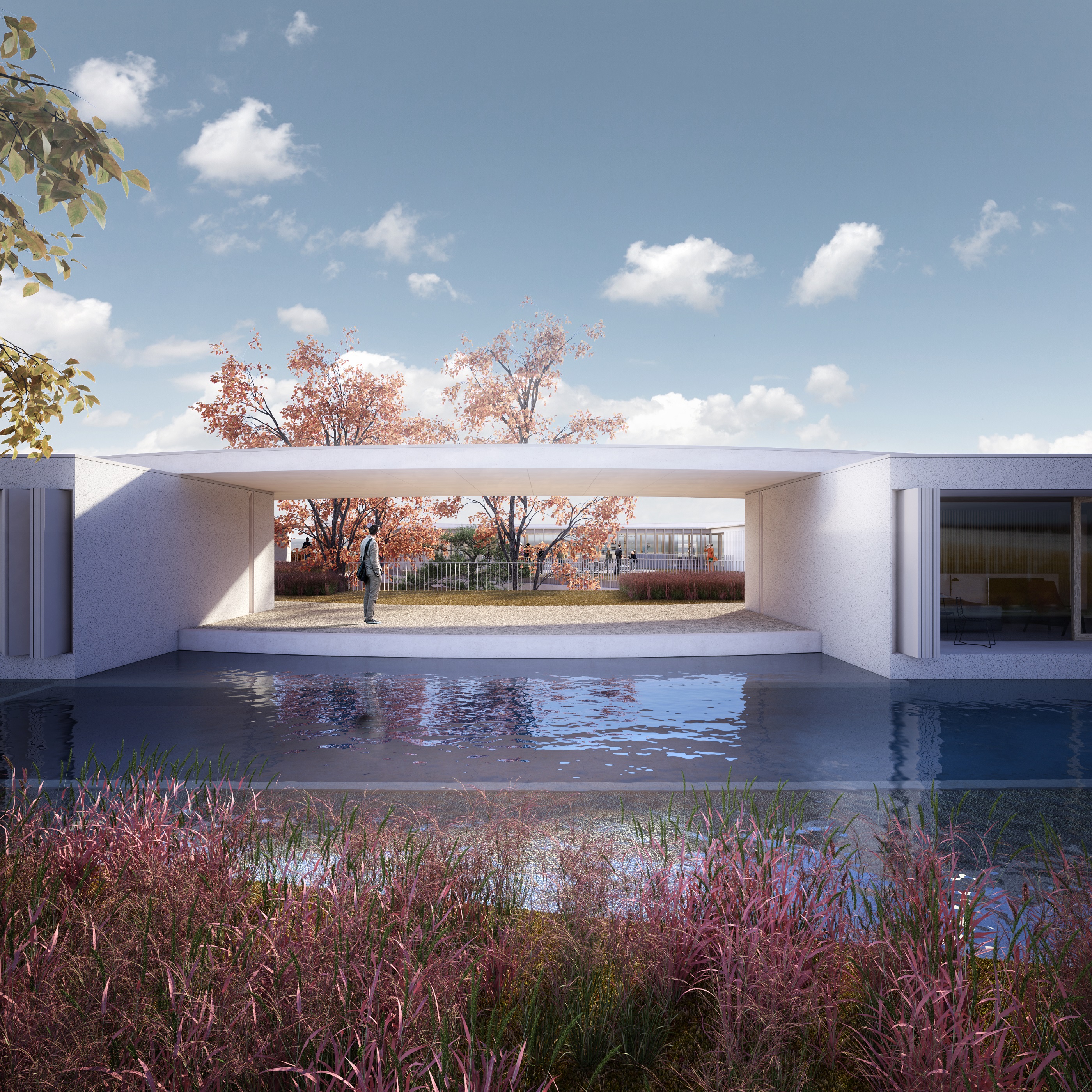 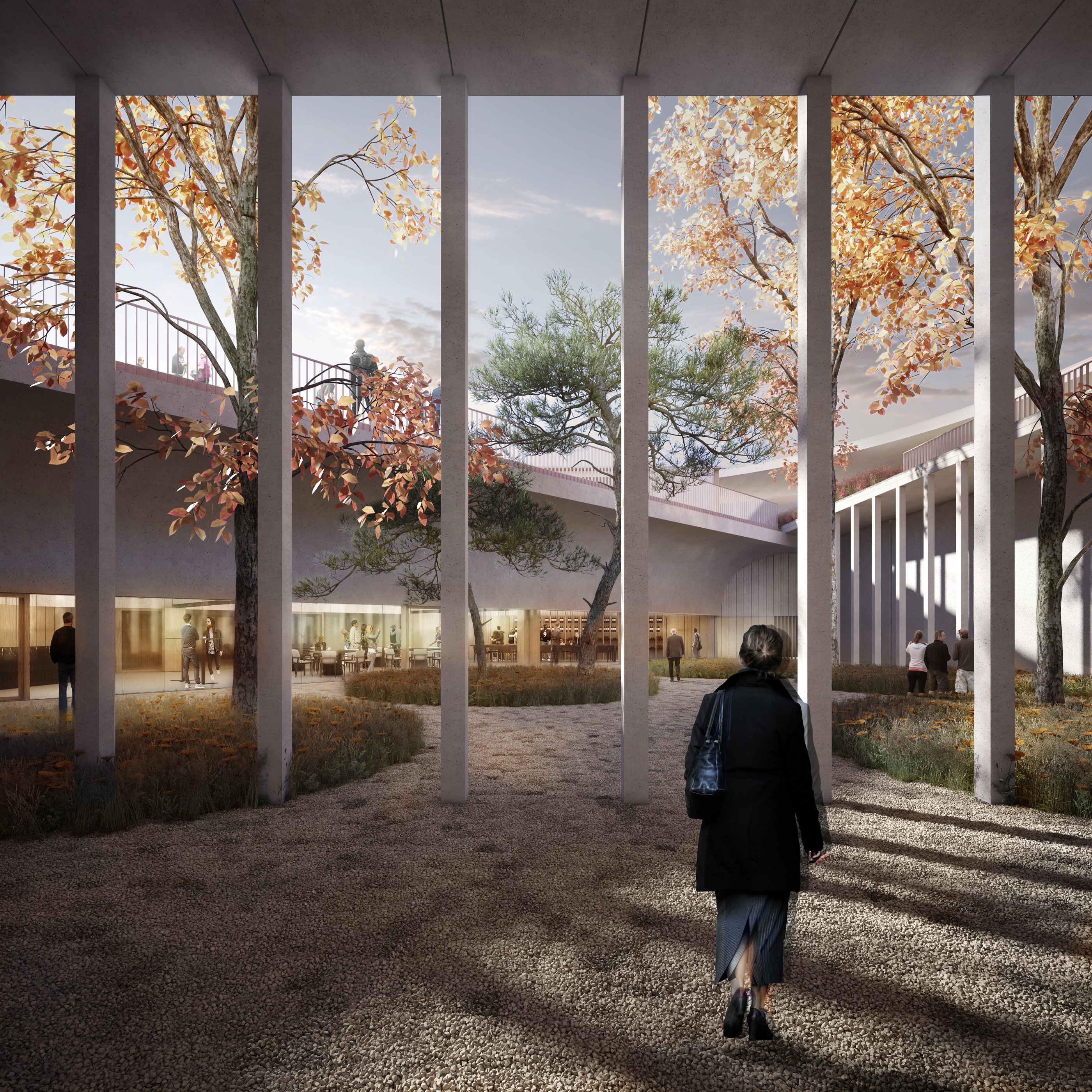 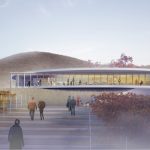 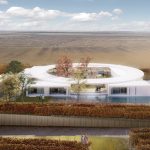 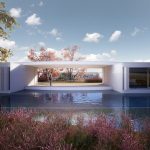 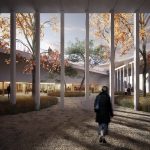 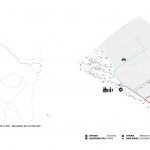 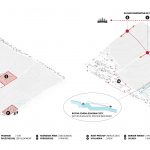 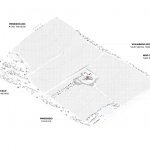 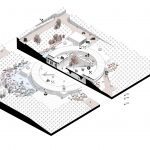 The design of the winery complex is situated in Siria, Romania. The design is based on the zoning plan, its regulations and the morphology of the local terrain. Currently, there is a small wine production on the edge of the plot with an independently standing family farm situated in the middle of the vineyard. The family farm is a dominant feature of the agrarian land. This space, which is intended for future construction, has become the key to the overall design.

Construction in vineyards in given location is strictly limited and only minimal expansion of the originally built-up / reinforced area is allowed. The local program plans to increase the wine production to at least twice of its original produce.

The embedded volume of functions in the centre of the vineyard should blend in with the surroundings and create a natural symbiosis. Since it is a monoculture created by man, the volume embedded should not only enrich it with new functions and uses, but also create a biotope.

The necessary volume was partially embedded in the growing terrain to create the impression of a single-storey building. The building emerges from the ground towards the main entrance to provide a view from the ground floor to the vineyard rows. The functions were ordered in volume according to their demands on construction height, load of the structure and physical needs for operation. The operation of the object is formed by closed cycles – loops that bind to each other.

The main entrance to the complex is controversially diverted from the main compositional axis. The visitor aims downwards under the terrain, where the object takes a completely different scale. This intent underlines the mystery of fog and the game of revealing its nature. The underground floor is illuminated through the atrium, which was divided by the wine tasting space. Thus, during wine tasting, visitors will find themselves directly in the exterior with a pleasant undertone of privacy. The design of this space, especially the vaults, acts as the accent of the substructure, which suppresses the strict rationality of the production and processing areas. The atrium creates a green oasis which the entire production wraps around, visually linking both levels of the complex. The individual functions are connected through an overlapped exterior (colonnade and half-vault overlap), which enhances the experience of the landscape in every season and weather condition.

The ground level part will consist of a ring composition that interconnects all functions. Functions are represented by individual volumes, cubes (wellness, restaurant, apartment houses and farmyard). The ring connects the individual functions only in the form of a roofed exterior. This creates a strong link to the surrounding landscape. The interconnection of exterior and interior is realised through a gradient whose features vary according to functions. On the outer perimeter there is a self-cleaning bio pool, which completes the biodiversity of the landscape and the complex.

The function of the wellness, restaurant and farmyard with its form and composition interconnects with the rationalism of the lower colonnade. The grid of the facade and load-bearing elements are connected to each other. The change of material and scale indicates other uses and contact with the terrain. The functions were arranged in a triangle in the centre of which the atrium is located. The communication nodes  were located among the peaks and levels of the guest accommodation itself. Thus, a hybrid of functions has been created which has the greatest chance of surviving over time.

The complex is meant to be used all year long. High emphasis was placed on the interaction of users, land and building. The complex creates a background for its functions which underline the landscape, work with wine and relaxation.