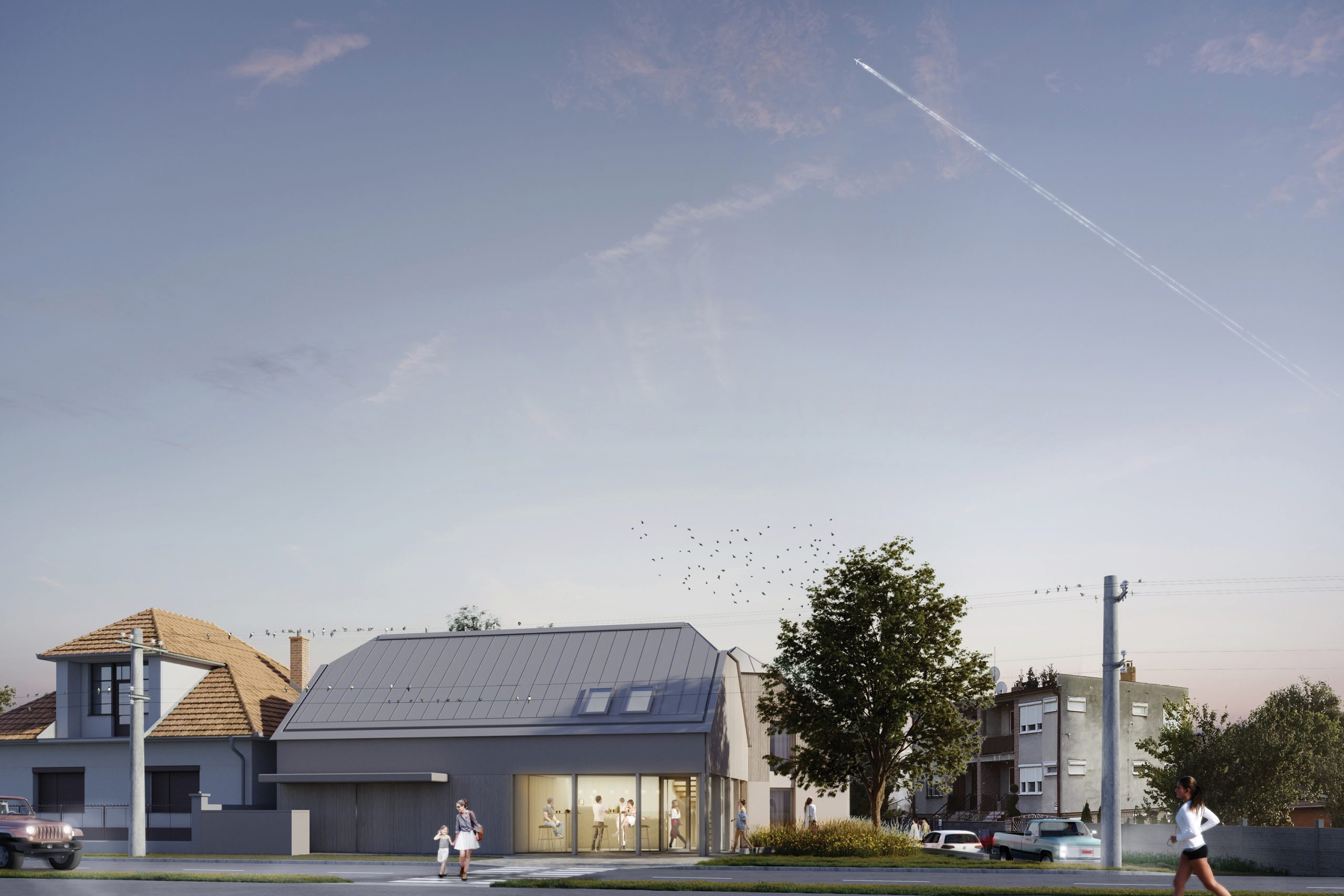 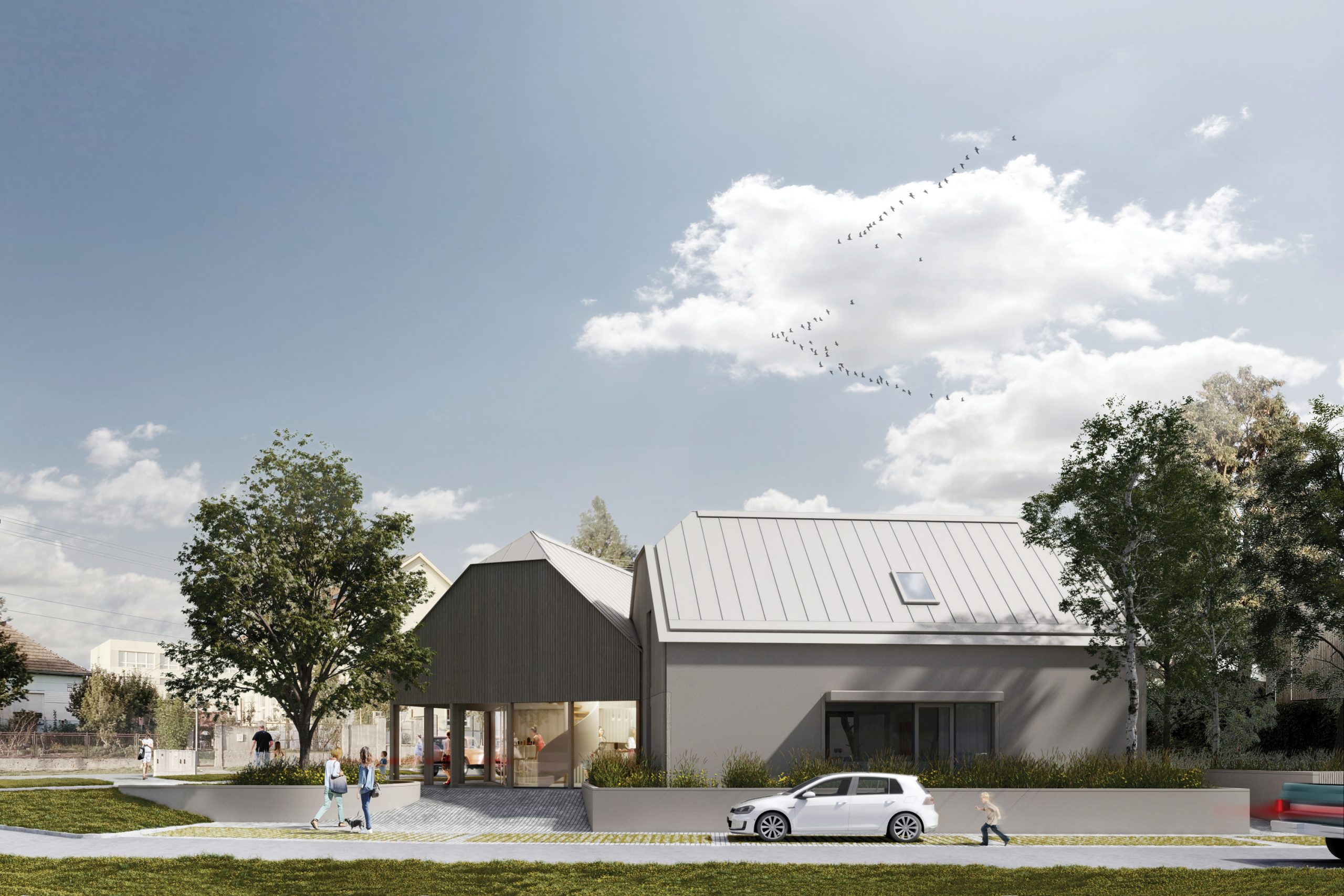 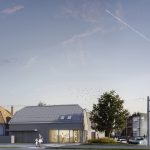 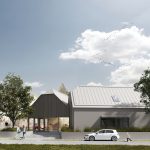 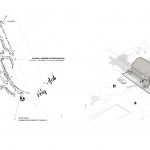 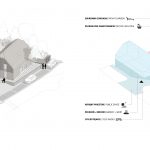 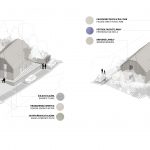 The intention of this proposal was to add a suitable addition to the corner of Štefana Majora and Kaplnská streets in the village of Veľke Úľany near the cultural and national monument – Calvary. The investor’s land is exposed to the busy Štefana Majora street on its north to northwest side. This orientation is suitable for the location of the functional space of the proposed building. The assignment was to insert a connecting element into the slowly transforming village, which combines the growing functional center of the village with the structure of the construction of not only family houses. Placing the entrance to the plot or parking along the roadside is possible only on Kaplnská Street.

The proposed shape complements and respects existing street lines and mutual distances from surrounding objects. Despite the multi-storey construction, the height of the new building is proposed with respect for its surrounding. The functional diagram responds to the operational use of individual streets. The corner itself is considered as a boundary point that limits the functional part from the housing part. It is the central point for the usage of the plot space gradually from public to private.

The design is based on a simple traditional house construction with a traditional roof, which is oriented towards the street. From the maximum possible built-up area located on the street lines, the gradual shaping and design of the public space optically created two standing buildings that touch each other in one corner. The so-called open corner thus gives the opportunity to stand out in the forecourt – a small “square” with a sufficient distance from the busy Štefana Majora street. The dominant feature of the created square is a plan to plant a tree. The tree fulfills the function of not only a visual solitaire, but also as a regulator of dust and the microclimate of this area. The functional part of the building is a paraphrase of a typical house with a porch, where the porch serves as a roofed entrance with shaded window glazing. The order of columns – the colonnade of the porch brings a rhythm associated with rationality.

The material solution supports monochrome of objects, where materials with different surfaces and properties are presented in the same color. The monochromatic solution shows the proposed object from a distance as a whole, while detailed examination reveals individual differences in structure and texture. The materials complete the atmosphere of each represented function. The accent of the corner, parterre and entrances to the building are supported by the rhythm of the wooden paneling, which is complemented by coarse-grained plaster. The rhythm is further repeated in the material solution of the roof, corrugated sheet metal. The austere color makes the object’s simple lines and glazed surfaces stand out. The overall presentation is completed by the play of light and shadow, which is combined with the used color RAL 7048.